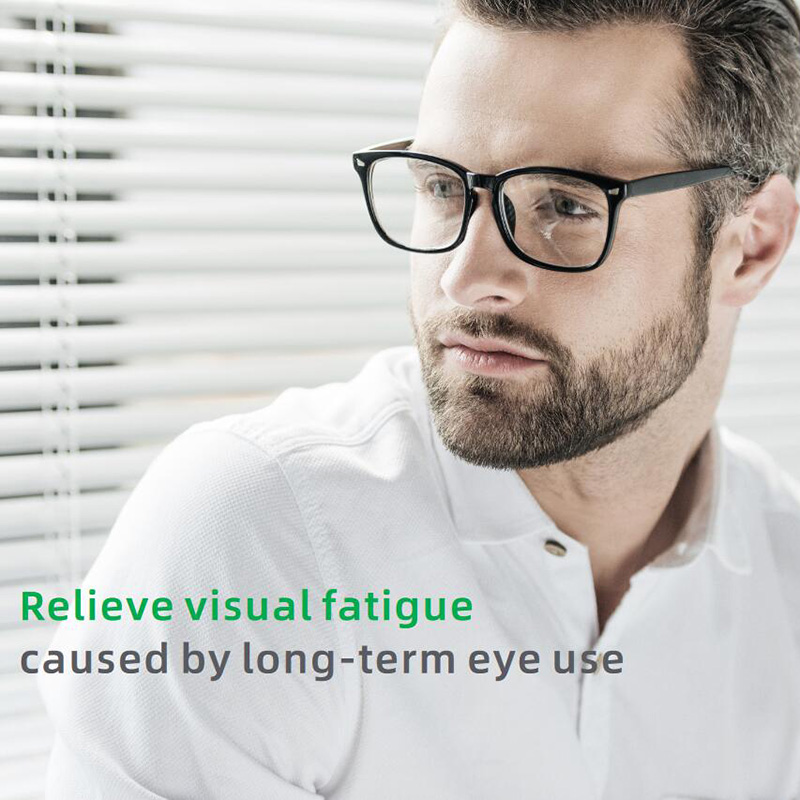 
Send email to us

The longitudinal aspheric design is adopted, and the functional area is set to reduce eye fatigue when looking close for a long time.
The extraordinar y anti-fatigue design makes it more comfortable to wear!

If this is just a simple visual fatigue, what should we do?

In order to solve the inconvenience caused by accommodative visual fatigue to people's lives, anti-fatigue resin lenses came into being. Foreign studies have shown that when the eyes are concentrated on a fixed target, the adjustment of the eyes is not fixed at a constant, but at a certain level. Vibrate within the range. Just like an auto-focusing camera, these changes are called adjustment micro-vibrations, which cannot be felt and cannot be controlled by themselves. This is the normal state of the eyes. As shown in Figure A, when the eyes feel fatigued, these adjustment micro-vibrations The vibration will partly disappear, which means that the adjustment ability of the eyes is difficult to maintain. When the adjustment is excessive, the amplitude of the micro-vibration is ver y small, and the eyes are in a state of asthenopia, as shown in Figure B. If you add a pair of anti-fatigue to the eyes at this time The lens, adjust the micro vibration will be displayed immediately. As shown in Figure C, comparing C and B, you can see a significant change in the amplitude, indicating that after wearing anti-fatigue lenses, the eyes have recovered to a certain extent, and visual fatigue has been significantly improved.

Remark:Forthe same pairof lenses, ifone piece needs to be customized, it is recommended to use customized lenses for allpairs to ensure comfort and aesthetics.

● The unique additional light change and optimized aspheric design provide comfortable near vision while correcting vision.● Effectively prevent and slow down the occurrence of asthenopia when using eyes at close range;